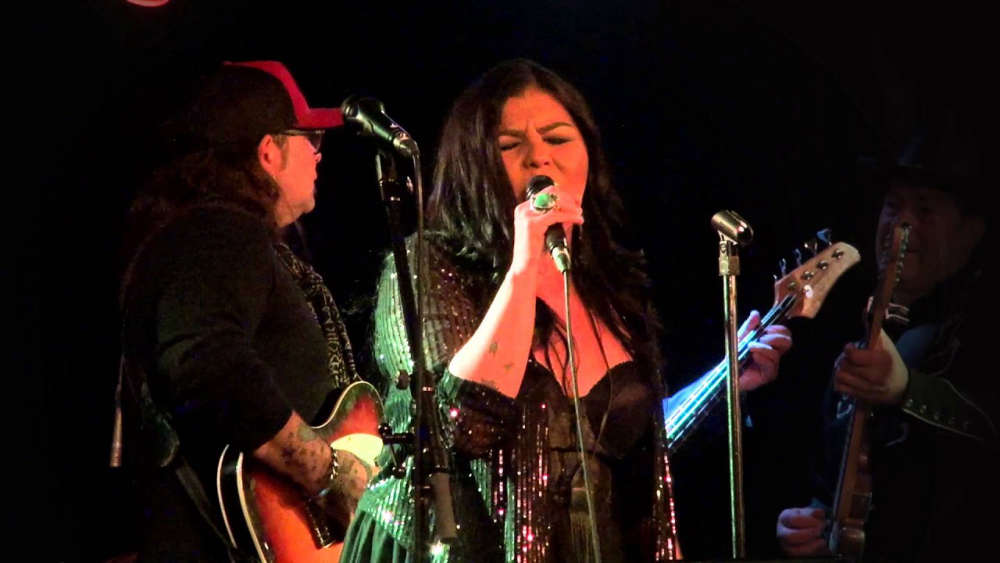 Initially signed to RCA in 2007, she hit her stride as a country singer and songwriter when she scored a top 20 hit with her song “You Can Let Go” and subsequently tallied sales of over 50,000 copies of her debut album Dawn of a New Day and subsequently debuted in the Billboard Top 20. Nevertheless, she began to realize that the blues had captured her muse, and with that, she left the label, shifted her stance and began recording albums that reflected her love of blues and her natural affinity for that sound.

Her new album Church House Blues (due April 17th on True North Records) reflects that dedication and devotion and finds her co-writing seven of the ten songs on the album. Produced by her husband, collaborator and cowriter Dewayne Strobel, it not only marks her fourth blues effort to date, but one of her most demonstrative as well. That’s evident at the outset, from the fiery delivery of the title track, the riveting drive of “New Orleans Is Sinking,” and the assertive strains of “Rather Be Alone,” to the quiet, contemplative desire and despair that scorches “Evil Memory,” the radio-ready hooks illuminated in “Hey Love,” and the emotive strains instilled in the bittersweet ballads “When It Comes To Love” and “Bigger Than the Blues.” At the center of it all is Crystal’s evocative vocals, a powerful, provocative force of nature that elevates each encounter and sends the album’s entries soaring towards the stratosphere.

Credit is also due some spectacular guest artists, including session superstar Dave Roe on bass (Johnny Cash, Yola, Ceelo Green, among the many), the McCrary Sisters on backing vocals, Dana Robbins of Delbert McClinton’s band on sax, and Peter Keys of Lynyrd Skynyrd playing keys.

On May 26th, Crystal performs live at Blues on Whyte in Edmonton.  Ticket info

More details for this venue

The event runs from 7:30pm to 12:00am on the following dates.
Select a date to add this event to your calendar app.